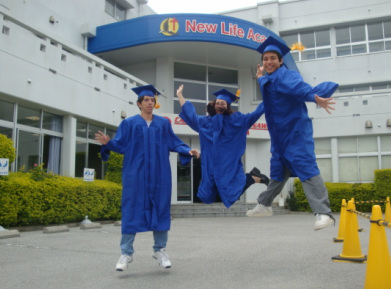 With our uniquely small high school population, we are able provide individualized attention to meet each of our students' needs.  Some classes are offered in small groups or to individuals while other classes are conducted with the aid of DVDs.  We aim to provide strong academic standards as well as a firm Christian foundation for our students.  Our unique family-like atmosphere provides ample opportunity for the students and teachers to get to know each other and create bonds that would last a lifetime.

IN THE FIRST QUARTER:

Once again, the high student students are busy making plans and raising funds to go overseas for their biannual school excursion.  For the past five years, students have done various fundraisers in order to save up enough money for their trips.  They have done numerous cooking projects including baking over 3,000 Christmas cookies one year.  The annual Night Cafe is another event by which funds are raised both for school trips and for scholarships for graduating seniors.  On the previous two trips, students were able to visit Hong Kong, Macau and China to learn more about our neighboring Asian country, experience different cultures and enjoy delicious ethnic foods.
This school year started off with the all-time favorite menu--chicken curry rice!  Almost 50 students and staff gave their support by placing lunch orders.  One of the seniors offered to cook ALL the spaghetti noodles for the second project during that same week!! (Whether his mother helped with the cooking or not remains yet a secret to the general public.)  At present, they have made only enough to take a trip to Nago.  Let's pray that they will reach their goal by the coming Spring!

IN THE SECOND QUARTER: 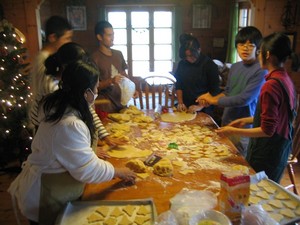 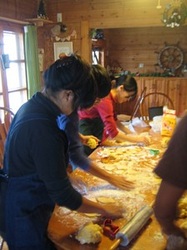 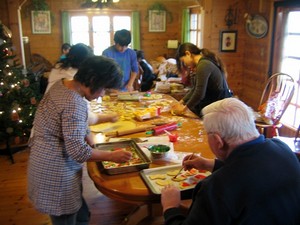 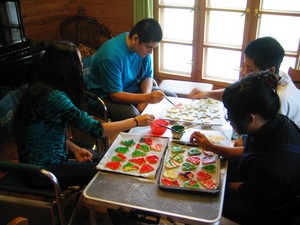 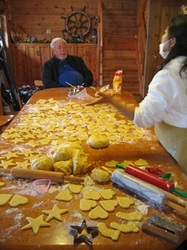 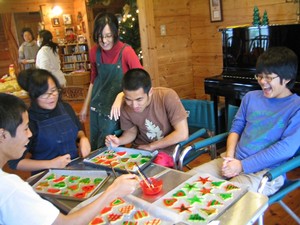 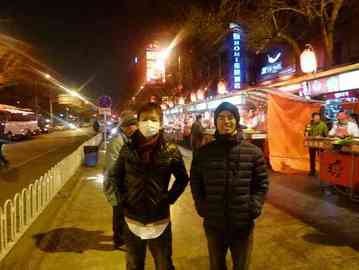 What does negative twelve degrees Celsius feel like?  The students who went on the trip to Beijing, China found out for the first time in their lives.
On January 11th, Mashu Wakita, Ryoto Yoza and Miss Yu boarded the plane for a three night four day trip to the capital of China.  The students had never experienced sub-zero temperatures and had little idea of what was waiting for them until the plane landed at Beijing International Airport.  As the trio descended the plane, they were immediately welcomed by the freezing temperatures and bone-chilling winds.  One student exclaimed, "I knew it would be cold, but I had no idea it would be this cold!"  The first evening, it had dropped to minus twelve degrees Celsius as the trio wandered around town, looking at all the exotic food at the outdoor vendors, daring each other to take a bite of the deep-fried scorpions or enormous worms. 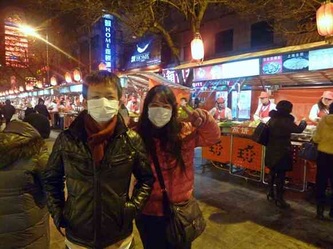 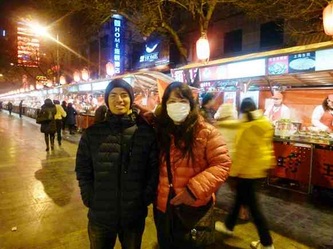 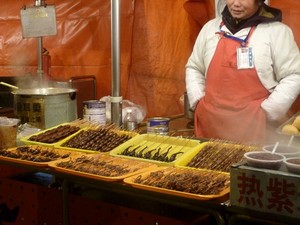 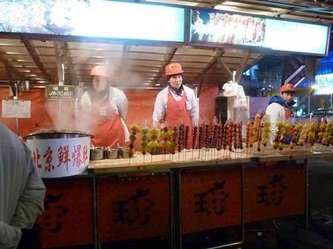 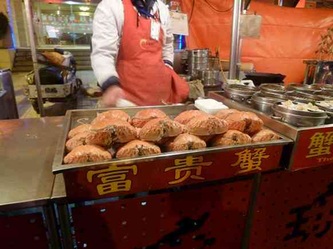 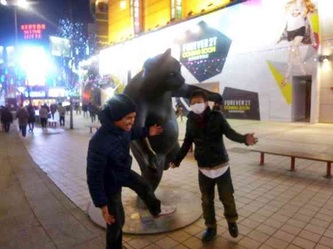 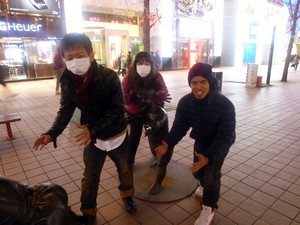 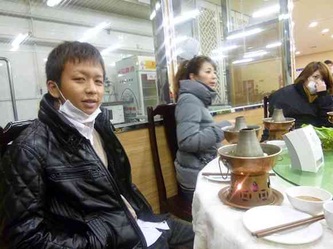 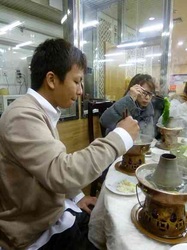 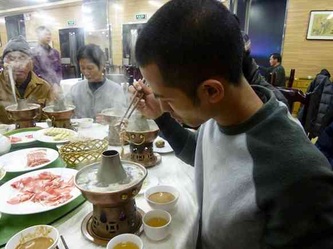 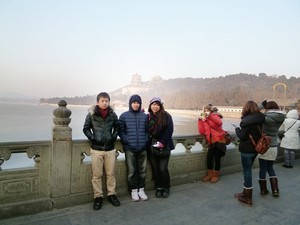 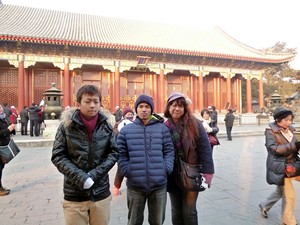 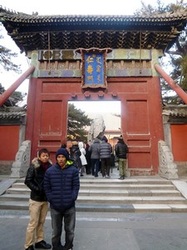 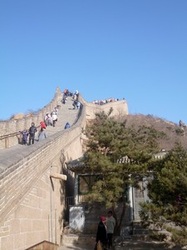 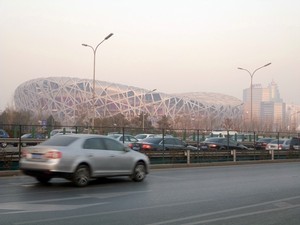 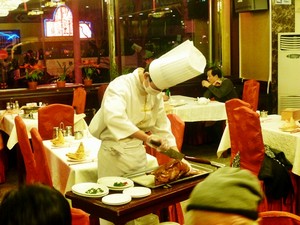 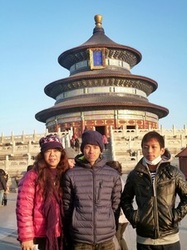 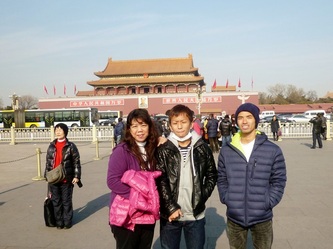 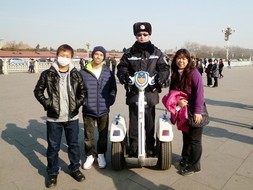 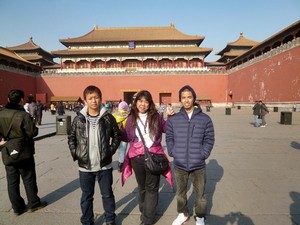 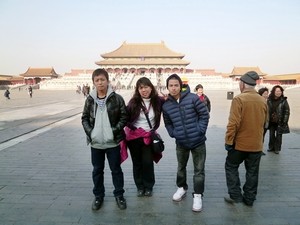 IN THE THIRD QUARTER: 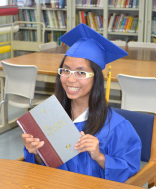 We are happy to receive the following news in regards to one of our graduates from year 2010-2011.  Congratulations on a job well done, Ejay!

PENSACOLA, FLORIDA - Eujeanne Palaruan Ayuman, daughter of Mr. and Mrs. Edgar Ayuman of Okinawa City, was named to the President's List by Dr. A. R. Horton, Founder/President of Pensacola Christian College, for academic achievement during the 2011 fall semester.  This was a result of earning an A average.

Far-East Basketball Tournament
New Life students get to join the tournament for the first time!

Due to the limited middle school and high school student population, we have not been able to have a basketball team of our own, but we are very thankful to Zion Christian Academy for allowing our students to join in their sports teams.  This year we are excited to see that the team has been given the chance to participate in the Far East Basketball Tournament in Tokyo from February 20th-25th.  The Wakita brothers, Mashu and Shion, have been chosen to play in the games.  We will surely keep them in prayer and look forward to hearing all about the games upon their return next week.  You go, Mashu and Shion!! \(^o^)\